Experts Release Much Anticipated Expansion of the Yogyakarta Principles 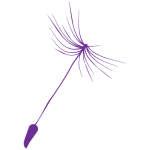 November 27, 2017, Geneva: An anticipated set of new principles on international human rights law relating to sexual orientation, gender identity, gender expression and sex characteristics (SOGIESC) —released today by a group of 33 international human rights experts—charts a way forward for both the United Nations, governments, and other stakeholders to re-affirm their commitment to universal human rights. A full list of signatories is attached here.

The Yogyakarta Principles plus 10 (YP+10) were adopted by the experts following a meeting in Geneva, Switzerland in September 2017.  This meeting followed a period of open consultations, led by the International Service for Human Rights and ARC International, the formation of an expert Drafting Committee, who synthesized the feedback, and the establishment of a Secretariat who supported the process. The new principles reflect significant developments both in the field of international human rights law and in the understanding of violations affecting persons of ‘diverse sexual orientations and gender identities’, as well as a recognition of the often-distinct violations affecting persons on grounds of ‘gender expression’ and ‘sex characteristics’.

“The YP+10 introduce new language which arises from rights violations that were occurring at the time of the original YPs and since,” said Mauro Cabral Grinspan of Argentina, who was part of the Drafting Committee. “By naming and articulating them across the entire Yogyakarta Principles, we hope to address previous gaps and contribute not only to the eradication of violations, but also the reparation of the damages they cause around the world.”

Cabral Grinspan is the Executive Director of GATE, an international organization working on gender identity, sex characteristics and, more broadly, on bodily diversity issues. He was also a signatory to the original Yogyakarta Principles.

The Yogyakarta Principles plus 10 supplement the original 29 Yogyakarta Principles and set out nine Additional Principles covering a range of rights dealing with information and communication technologies, poverty, and cultural diversity, to name a few. There are also 111 Additional State Obligations, a number of which have arisen over the past decade with regards to the original 29 Principles, including in areas such as torture, asylum, privacy and health and the protection of human rights defenders.

“It is unacceptable that LGBTI people still face discrimination, including in health care settings, leading to detrimental impact on the realization of their right to health”, said Dainius Pūras of Lithuania.  “Discrimination on the grounds of SOGIESC needs to be addressed globally, in the spirit of the 2030 Agenda for Sustainable Development, ensuring there is no-one left behind. YP+10 is a very important step in this direction.”

Pūras is the UN Special Rapporteur on the right of everyone to the enjoyment of the highest attainable standard of health and is a professor of child psychiatry and public mental health at Vilnius University, Lithuania.

The principles call for action from states, UN bodies and agencies, national human rights institutions, mass media, non-governmental organizations, professional organizations, and others. They have been endorsed by UN independent experts, members of treaty bodies, judges, academics, parliamentarians, non-governmental organizations (NGOs) and others, including the UN’s first Independent Expert on protection against violence and discrimination based on sexual orientation and gender identity, Vitit Muntarbhorn of Thailand.

“The Additional Principles launched today, along with the original 29 principles, articulate basic political, social and economic rights enshrined in international law, yet many in our communities have yet to actually exercise and enjoy these rights due to discrimination”, said Sanji Mmasenono Monageng of Botswana. “We implore the international community to pledge its commitment to protect human rights for all, especially those governments that continue to allow and even promote discrimination towards LGBTI persons.”

Monageng is a judge of the International Criminal Court in The Hague, and former chairperson of the African Commission on Human and Peoples’ Rights. She was also a signatory to the original Yogyakarta Principles.

The Yogyakarta Principles plus 10 reflect some of the key issues and developments relating to the specific forms of rights violations experienced by persons on grounds of sexual orientation, gender identity, gender expression and sex characteristics. They respond to well-documented patterns of abuse, ranging from discrimination in the workplace to violence and torture, and are an affirmation of existing international legal standards.

“The YP+10 released today will help civil society and other stakeholders hold governments accountable for fulfilling their obligations under international human rights law”, said Julia Ehrt of Germany, who was part of the Drafting Committee.  “In the context of violence against LBGTI persons, this accountability includes protection, support for victims, investigation of crime, and holding perpetrators to account, along with tackling structural violence.”

Ehrt is the Executive Director of Transgender Europe (TGEU). In 2009, TGEU started Trans Murder Monitoring (TMM), a pioneering project in the collecting, monitoring, and analyzing of reports of murdered trans people worldwide.

For more information on the Yogyakarta Principles plus 10, and to download your copy, please consult this website. Currently, the online version is in English. French, Spanish and Chinese versions will follow in the coming weeks, while Arabic and Russian versions will be rolled out in the early part of 2018.

There are numerous regional and global launch activities and seminars/webinars being planned in the coming months, including one on December 13, 2017 in Geneva. In addition, there will be two upcoming webinars offered on January 16, 2018 and February 15, 2018. More details can be found using the following links: January16th here; and February 15th here .

“Yogyakarta Principles” Call for Action Worldwide Against Discrimination and Abuse

Monday, March 26, 2007, Geneva. Groundbreaking international legal principles on sexual orientation, gender identity, and international law chart a way forward for both the United Nations and governments to ensure the universal reach of human rights protections. TheYogyakarta Principles on the Application of International Human Rights Law in Relation to Sexual Orientation and Gender Identity were released today by a group of 29 international human rights experts.

The Principles affirm binding legal standards with which all States must comply. They were adopted by a group of distinguished experts in international law following a meeting in Yogyakarta, Indonesia. Among the group of experts are a former United Nations High Commissioner for Human Rights, UN independent experts, current and former members of human rights treaty bodies, judges, academics and human rights defenders.

“Human rights are for everyone, without reservation,” said Sonia Onufer Corrêa of Brazil, who co-chaired the experts’ group. “Yet women, men and persons whose sexuality does not conform with dominant norms face rape, torture, murder, violence, and abuse because of their sexual orientation or gender identity. These Principles affirm that human rights admit no exceptions.”

The Yogyakarta Principles call for action from the UN human rights system, national human rights institutions, non-governmental organisations, and others. They are being launched today at events coinciding with the UN Human Rights Council’s session in Geneva, where last year 54 States called for the Council to act against egregious violations of the rights of lesbian, gay, bisexual, and transgender people.

“UN human rights mechanisms have advocated full enjoyment of human rights and full inclusion of all persons in the development process, irrespective of sexual orientation, gender identity or other characteristics,” said Professor Vitit Muntarbhorn of Thailand, co-chair of the experts’ group. The Yogyakarta Principles are based on the positive development of international law and provide clarity for the needed actions in regard to sexual orientations and gender identity.”

“States have the primary obligation to respect, protect, and promote human rights,” said Professor Michael O’Flaherty of Ireland, a member of the UN Human Rights Committee, who served as rapporteur for the experts’ group. “Ending violence and abuse against people because of their sexual orientation or gender identity must become a global priority for governments.”

Professor O’Flaherty is co-director of the Human Rights Law Centre and professor of applied human rights at Nottingham University in the UK.

The Yogyakarta Principles address a broad range of human rights standards. They were developed in response to well-documented patterns of abuse targeted toward persons because of their actual or perceived sexual orientation and gender identity. Worldwide, human rights defenders point to violations including extrajudicial executions, violence and torture, repression of free speech and assembly, and discrimination in work, health, education, access to justice, and immigration.

For more information on the Yogyakarta Principles, see the attached overview and Q&A.

The full text of the “Yogyakarta Principles on the Application of International Human Rights Law in Relation to Sexual Orientation and Gender Identity” is available at: http://yogyakartaprinciples.org/