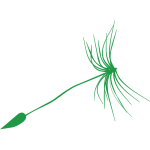 “Yogyakarta Principles” Call for Action Worldwide Against Discrimination and Abuse

The Principles affirm binding legal standards with which all States must comply. They were adopted by a group of distinguished experts in international law following a meeting in Yogyakarta, Indonesia. Among the group of experts are a former United Nations High Commissioner for Human Rights, UN independent experts, current and former members of human rights treaty bodies, judges, academics and human rights defenders.

“Human rights are for everyone, without reservation,” said Sonia Onufer Corrêa of Brazil, who co-chaired the experts’ group. “Yet women, men and persons whose sexuality does not conform with dominant norms face rape, torture, murder, violence, and abuse because of their sexual orientation or gender identity. These Principles affirm that human rights admit no exceptions.”

The Yogyakarta Principles call for action from the UN human rights system, national human rights institutions, non-governmental organisations, and others. They are being launched today at events coinciding with the UN Human Rights Council’s session in Geneva, where last year 54 States called for the Council to act against egregious violations of the rights of lesbian, gay, bisexual, and transgender people.

“UN human rights mechanisms have advocated full enjoyment of human rights and full inclusion of all persons in the development process, irrespective of sexual orientation, gender identity or other characteristics,” said Professor Vitit Muntarbhorn of Thailand, co-chair of the experts’ group. The Yogyakarta Principles are based on the positive development of international law and provide clarity for the needed actions in regard to sexual orientations and gender identity.”

“States have the primary obligation to respect, protect, and promote human rights,” said Professor Michael O’Flaherty of Ireland, a member of the UN Human Rights Committee, who served as rapporteur for the experts’ group. “Ending violence and abuse against people because of their sexual orientation or gender identity must become a global priority for governments.”

Professor O’Flaherty is co-director of the Human Rights Law Centre and professor of applied human rights at Nottingham University in the UK.

The Yogyakarta Principles address a broad range of human rights standards. They were developed in response to well-documented patterns of abuse targeted toward persons because of their actual or perceived sexual orientation and gender identity. Worldwide, human rights defenders point to violations including extrajudicial executions, violence and torture, repression of free speech and assembly, and discrimination in work, health, education, access to justice, and immigration.

For more information on the Yogyakarta Principles, see the attached overview and Q&A.

The full text of the “Yogyakarta Principles on the Application of International Human Rights Law in Relation to Sexual Orientation and Gender Identity” is available at: http://yogyakartaprinciples.org/